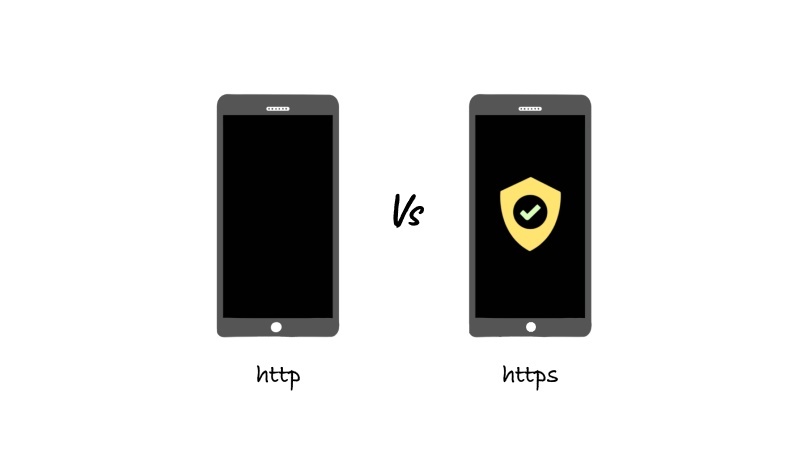 This article talks about several tips on how to secure your Android experience. Before we deep dive into the process, let’s start with revisiting some basics.

HTTP stands for Hypertext Transfer Protocol. It is the protocol that is used for viewing web pages on the internet. So, when you type in a web address, like google.com, you’ll notice that HTTP is automatically added at the beginning of a web address. And this indicates that you are now using HTTP to retrieve/ load this web page.

And this is why HTTPS was developed. HTTPS stands for Hypertext Transfer Protocol Secure. This is HTTP with a security feature. Secure HTTP encrypts the data that is retrieved by HTTP by using encryption algorithms to scramble the data being transferred. In layperson terms, it gives an extra shield of protection to your data.

HTTPS protects the data by using one of two protocols. One of these protocols is SSL. SSL or Secure Sockets Layer is a protocol used to ensure data security on the internet by use of public-key encryption.

Two computers, one of a client and the other of a server go through a process called an SSL/ TLS (Secure Sockets Layer/ Transport Layer Security). Consider this a series of conversations between the two computers, where SSL works back-and-forth to establish a secure connection.

For more details, please check out this link1.

Certificates are files that encapsulate information about a server. These certificates are owned by the server and work similarly to an identification card, such as a passport or a driver’s license.

Where does SSL Pinning come into play?

When an app tries to establish a connection to a server, it doesn’t determine which certificates to trust and which not to. The app relies entirely on the certificates that the iOS Trust Store or Android CA’s (by Google) provides.

However, this method has a weakness: an attacker can generate a self-signed certificate and include it in the iOS/Android4 Trust Store or hack a root CA certificate. This allows an attacker to set up a MITM (man-in-the-middle) attack and capture the transmitted data moving through your app.

What is a MITM attack?

The TLS standard is based on X509 Certificates and asymmetric encryption. Simply replacing the protocol name will enable encryption, but the app will trust every certificate issued by the server. This means that the attacker can generate their own fake certificates. The certificates will then allow the hacker to intercept encrypted communication. This kind of attack is called a man-in-the-middle attack.

Here’s where SSL Pinning comes into the picture. We should use the SSL pinning technique as an additional security layer for application traffic and validate the remote host’s identity. If we do not implement SSL Pinning, the application trusts a custom certificate and allows proxy tools to intercept the traffic.

Instead of pinning a public key from a certificate, the complete certificate can be used to verify the identity of the host. The advantage is that the certificate is easiest to pin. You can fetch the certificate either through the band of the website or use the OpenSSL client.

That’s all folks! For now. We will continue learning more about certificates in Part Two.

If you are interested in solving problems like these, connect with Piyush Maheswari on LinkedIn. We are always on the lookout for amazing Android engineers at Zomato.

Share the weight of your problems. The lighter the better :)